with The High Aces, Jessie Ritter 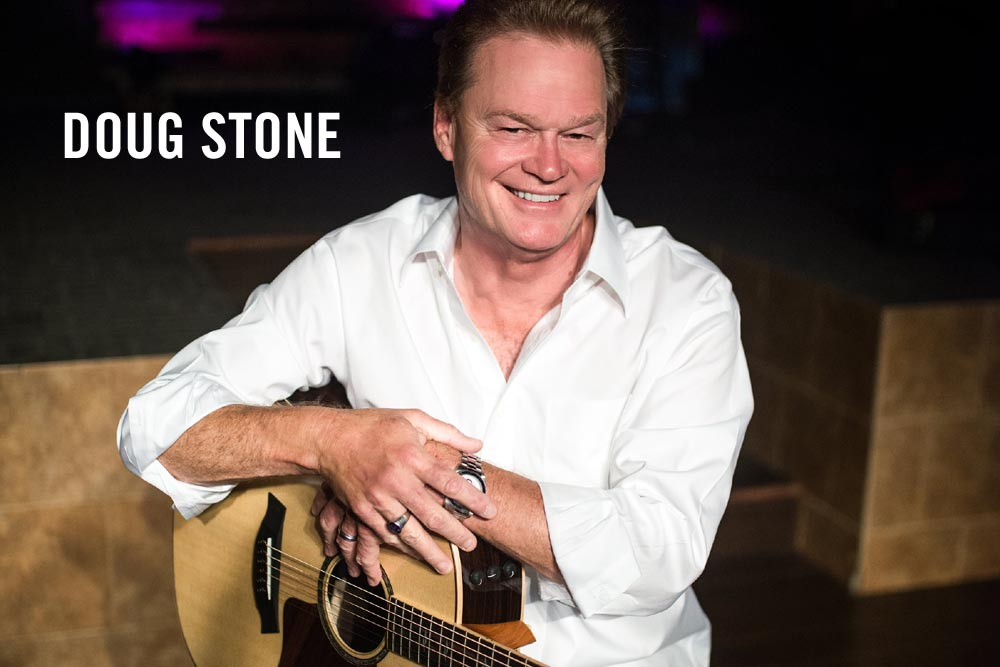 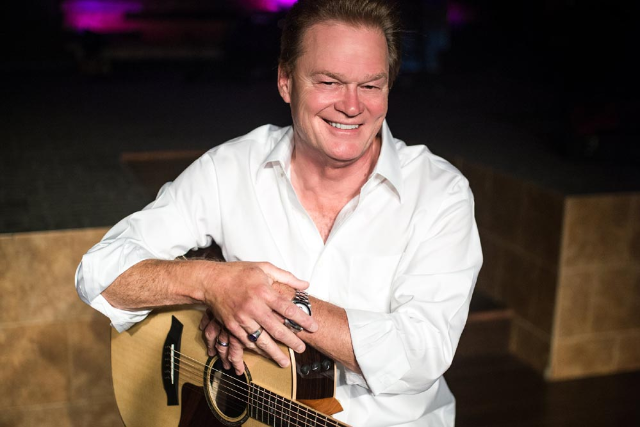 Doug Stone found his mark in music as a lonesome baritone balladeer, although he was very adept at hard-up-tempo country. Doug began at age five learning guitar from his mother an avid singer and guitarist. At age seven he was given the opportunity, by his mother, to open for Loretta Lynn. Life presented Doug a drastic change with the divorce of his mother and father. Doug, as result, moved in with his dad. As his youthful years past, Doug played at skating rinks, local bars or any money making project to help his father make ends meet. In the daytime Doug worked as a mechanic, something else that came to him naturally.

Doug had already past the age of 30 when a Nashville manager paired him up with Epic, his first record label. He debuted in 1990 with the single, “I’d Be Better Off (In a Pine Box),” the first release from his 1990 self-titled debuted album “Doug Stone” for Epic records. This album produced a handful of chart-topping singles. Following these songs was his first number one, “In a Different Light”. In addition, the single was nominated for a Grammy Award for Best Country Song. Both this album and its successor, 1991’s I Thought It Was You, earned a platinum certification from The Recording Industry Association of America for U.S. shipments of one million copies. Two more albums for Epic, 1992’s From The Heart and 1994’s More Love, were each certified gold. Stone has charted –twenty-two singles on Hot Country Songs, with his greatest chart success coming between 1990 and 1995. In this time span, he charted eight Number Ones including: “In a Different Light”, “A Jukebox and a Country Song”, “Too Busy Being in Love”, “Addicted to a Dollar", and “Why Didn’t I think of That” to name a few, plus fifteen more Top Five singles.

In early 1992, Stone found that one of the arteries in his heart was almost entirely blocked. He underwent quadruple bypass surgery and took time off to recover, just as his third album, “From the Heart,” was released. With a gold certification for shipments of 500,000 copies, “From the Heart” included two Number Ones among its four singles: “Too Busy Being in Love” and “Why Didn’t I Think of That.” The other two singles were “Warning Labels” and “Made for Lovin’ You,” at No. 4 and No.6 respectively. One month later Stone released an album titled “The First Christmas.”

In June 1994 Stone discovered that he was having breathing problems, which were affecting his singing. Doctors at Vanderbilt University’s medical center failed to find any problems in his throat. A second consultation revealed a lump in his nostril but amazingly it was not cancerous. While Stone was undergoing treatment, his Greatest Hits, Vol.1 compilation was released in late 1994.This album included the new song “Little Houses", which debuted on the charts in October 1994 and peaked at No. 7 in early 1995.

Stone made his acting debut in the 1995 film “Gordy.” “Gordy,” a heartwarming story featured Doug as Luke McAllister, a struggling musician. Gordy paved the way for stone’s acting career and as well featured several of his songs. In 2011 Doug moved on to another movie role, “When the Storm God Rides,” a Thomas E. Kelly film.

Always the adventurer, in 2000 Doug suffered a broken ankle and a cracked rib after crashing his ultra-light plane in Robertson County, TN. An experience that would put him back in the studio recording the self-inspired single “Caught Dead Living”, based off of Doug’s “larger than life personality”, and love for living life to its fullest.

In April 2012 Doug Stone hit the road again bringing this hits to venues and fans around the country.  It also inspired him to go back and pull out all the demo sessions he had recorded over the previous 20 years and in 2014 he released the album “Doug Stone ‘The Demo’s’: 20 Years of Life”.

Now in 2022- 32 years, 8 #1 singles, 15 top 10 singles, and over 10 Million album sales later, the singer of timeless country hits like “A Jukebox with a Country Song” & “In a Different Light” is still running the roads performing to dedicated fans all across the nation. Sharing his testimony of a close relationship with the Lord after several years of alcohol abuse, a nearly 5 years sober Stone is at the top of his game once again. With a new acoustic project of re-recorded hits slated for release in 2022, Doug Stone continues to produce pure country gold. 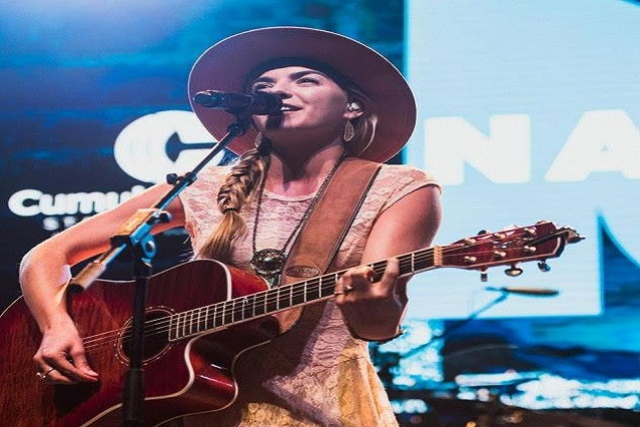