with Fozzy, Pistols At Dawn 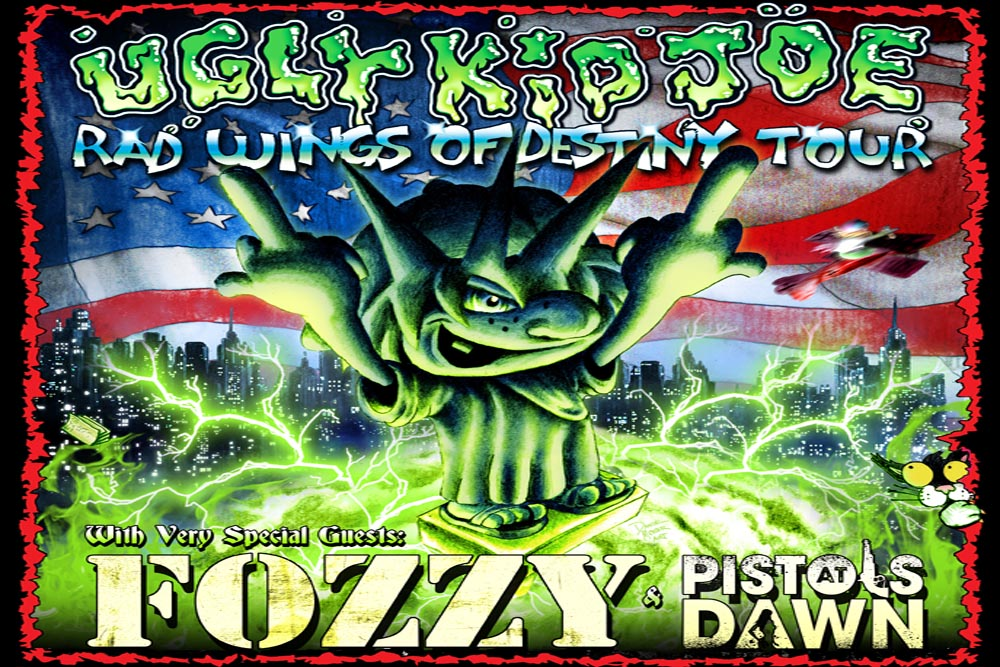 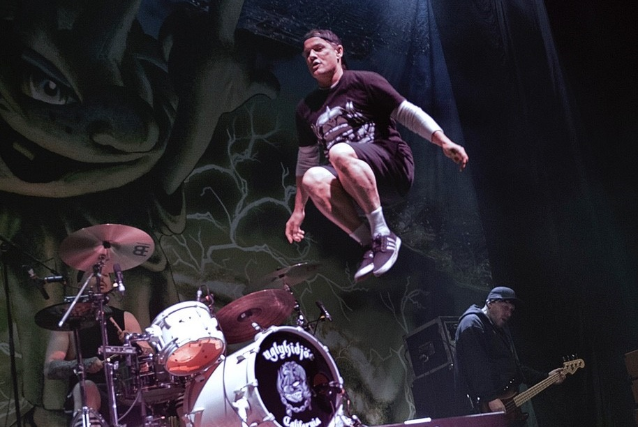 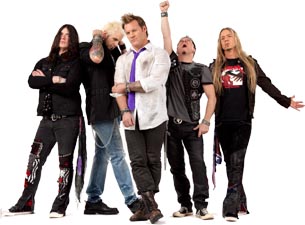 The band Fozzy has really always been about one thing: having fun. What started out for guitarist Rich Ward as a weekend cover band soon became an internationally signed act with the biggest star in professional wrestling, Chris Jericho, as its lead singer. Their first few releases still had Fozzy playing covers but with adopted stage names and a backstory written for the movies. When you have such high-energy performers like Ward and Jericho – it still is debatably on who jumps higher, Ward on stage with his guitar or Jericho in the ring – creating a ‘for fun’ band was easy, however Ward and Jericho aren’t just entertainers. Ward is probably one of the greatest and unjustly so, underrated riffers in rock and metal today. Jericho singing ability and overall passion for music makes one wonder just how he is able to find the time to excel in pretty much everything he does. It was these qualities that pushed the band to drop alter egos, get rid of the backstory and write original music.

Over the course of the next 7 years, the band did just that; three albums worth to be exact. The records were fit in between Jericho’s wrestling, TV and writing career. It wasn’t until 2012’s Sin & Bones though that the band really started to hit their stride. Jericho was winding down his involvement with sports, the band was touring more than ever before and their live show was as strong as ever. The entertainment, the fun factor, the showmanship were all there and in full force. More so than any point in their band’s career.

I’d be on stage looking out in the crowd and see such an interesting mix of people out there, comments Jericho, young kids, older long haired guys with ponytails, the denim and leather wearing dudes, Stuck Mojo fans, people that just knew me from my wrestling career, but the thing is they all had one thing in common; they were having fun. They were dancing, grooving, whether they wanted to or not. To me, that’s what Fozzy has always been about and I think with this new record, we really captured that vibe.

Do You Wanna Start A War, out June 24th in North America, was once again produced by Ward. It features 12 tracks, including the singles, Lights Go Out, the title track and the ABBA (yes ABBA) cover, SOS. The band will kick off the album promotion playing at this year’s Rock on the Range, Carolina Rebellion, Rockfest and many other shows throughout the US. By the time the album is released, a horde of fans will have seen Fozzy live and heard new tracks off the album. They will have witnessed one of the greatest performances they’ve ever seen, they will have witnessed one of the best frontman in any genre of music sing some of the catchiest songs they’ve heard in ages and most importantly, they will have had the best time in their lives doing it.